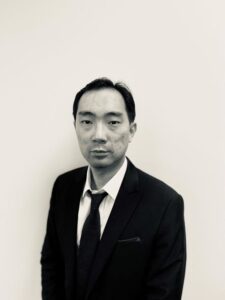 Zhentao Cao completed his LL.M. in Canadian Common Law from Osgoode Hall Law School and obtained his NCA Certificate of Qualification in 2022. During his studies at Osgoode, he was awarded the Marilyn L. Pilkington award for academic excellence, and he also served as executive for the Osgoode Tax Law Association. Zhentao obtained his first law degree from Nanjing Normal University and Nanjing University in eastern China, and also holds an LL.M. degree from Leiden University in the Netherlands.

Before coming to Canada, Zhentao worked as a business lawyer for a large Chinese corporate law firm, and subsequently as an in-house counsel for a public company where he coordinated both the transactions and litigations files.

Outside of work, Zhentao enjoys travelling, watching science fictions movies, and spending time with his son. Zhentao is also an avid badminton fan, and regularly organizes games within the Chinese community.