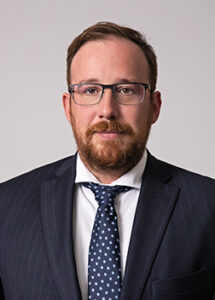 Jean-Alexandre is one of those attorneys who felt a calling for the practice of law. Since childhood, Jean-Alexandre knew that he wanted to defend the rights of individuals.

Jean-Alexandre is a skilled negotiator who first acquired experience with Alternative Dispute Resolution by participating in the North American Conflict Resolution program (NACR), a NAFTA-funded program hosted at the University of Louisville in the U.S. His participation in the NACR program allowed him to learn the latest trends in mediation, negotiation and conflict resolution.

Before the practice of law, Jean-Alexandre was a journalist at the CBC for 3 years. Other notable achievements include employment with the Canada Research Chair on Native Peoples and Legal Diversity, the Canadian Research Chair on Metis Identity and the Urban League, a U.S. civil rights organization. Jean-Alexandre has also published articles in prominent academic journals and presented papers at international conferences in Canada and the U.S.

Prior to opening his own firm, Jean-Alexandre interned for the Canadian Centre for International Justice, worked for an Ottawa law firm and pursued a career with the Attorney General of Ontario. In 2014, Jean-Alexandre was named one of Ontario’s “leading experts” in human rights law by Legal Action Magazine. Jean-Alexandre handles cases related to wrongful dismissal, workplace discrimination, breach of contract, fraud and commercial disputes.

Jean-Alexandre is fully fluent in French and English and represents clients before courts and tribunals using both official languages.

Canadian Research Chair on Metis Identity and the Urban League