Quebec Human Rights Tribunal: Racist remarks towards tenants will not be tolerated 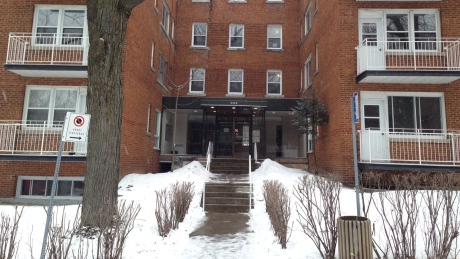 A recent decision of the Quebec Human Rights Tribunal underscores the need for tenants to be treated equally and fairly by landlords, regardless of their religion and ethnicity.

After fours years of constant harassment by the superintendent of the apartment building where he resided with his son, Mohamed Azzedine Tighrine finally obtained justice last week, with the Quebec Human Rights Tribunal ordering a total of $13,000 in damages for discrimination on the basis of religion, sexuality and ethnicity. “He feels confused, belittled, humiliated and offended,” Judge Rosemarie Millar said in his judgment. For four years Mr. Tighrine has been subject to abuse from the superintendent, Alain Barchichat, who repeatedly called him using racial slurs, “a damn Muslim”, wrote racist graffiti in the building and even smeared dog excrement on his front door. It was alleged that during some of the confrontations, Mr. Barchichat refused to leash his German Sheppard dog, trying to intimidate the family, as well as used racial and homosexual derogatory terms to address Mr. Tigherine in front of his 10-year-old son.

To no avail, the family reached out the police a number of times during the years, and only in 2013 did Mr. Tighrine complain to the Quebec Human Rights Tribunal. Both the rental company, Sofilco and Mr. Barchichat denied all the allegations. The Tribunal ordered Sofilco to pay half of the settlement as the company was aware of their employee’s actions and did not act to stop the harassment.

This decision indicates the beginning of a trend of stronger enforcement and will discourage harassment in the rental context. The decision also sends a strong message to employers, who will be held liable for not intervening to stop racial harassment of tenants, by their employees. If you or somebody that you know has experienced similar or other forms of discrimination either at home or at the workplace, don’t face the struggle alone. De Bousquet PC has a proven track record of fighting for your rights.