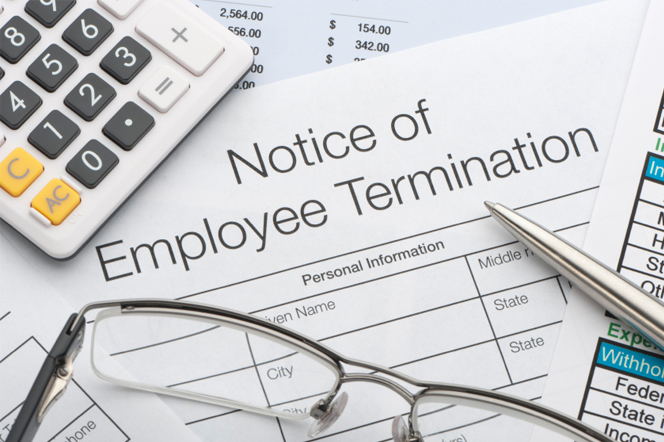 Employees are entitled to reasonable notice at common law, unless their employment contract states otherwise. Notice provisions must, however, comply with the minimum requirements, as set out by the Employment Standards Act (ESA), regarding the minimum notice period and full benefit continuation, and they will otherwise be held as void and unenforceable. In Oudin v Le Centre Francophone de Toronto the court recently weighed in on the question of the standard of compliance with the ESA minimums.

In this case, the employee was hired as a magazine production manager and subsequently dismissed without cause when the sales of the magazine began to decline after several years. The employee received 21 weeks of wages as termination and severance pay, but still claimed that he was wrongfully terminated, because the termination provision of his employment agreement was unenforceable, due to non-compliance with the ESA minimum standards.

The plaintiff argued that the termination clause was inoperable because it allowed termination without notice for reason of permanent disability, and because it allowed the employer to provide only 15 days of notice, which is lower than the ESA minimum. The court found that the waiver and severability provision contained in the employment agreement saved it from any inconsistency with the ESA, by spelling out the intention of the parties in the event that part of the contract should be found to be inoperable (in this case to substitute the minimums required by the ESA). In addition, the employee was entitled to a longer notice period by virtue of the indefinite term of an employment contract that he entered into a few years after starting to work with the employer, and was already awarded substantial compensation at termination.

The case suggests that courts will not hold an employment agreement unenforceable due to non-compliance with the ESA’s minimums if the parties did not objectively intend for the clause to be held as such. In other words, plaintiffs will not be permitted recovery only because a clause in their employment contract could potentially be a violation of the ESA. Instead, the court may adopt a robust approach to applying the waiver and severability provisions in order to cure the defects of ESA non-compliance.

If you believe that you have not been treated fairly by your employer, do not face your struggle alone. De Bousquet PC has a proven track record of fighting for the rights of employees and we will help you obtain the best results in your case.